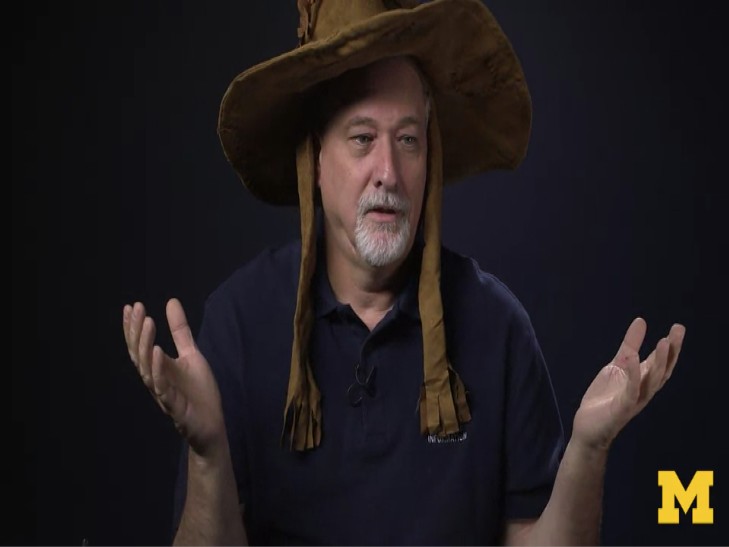 So I just finished the Python for Everybody coursera specialization. I now feel I have a good handle on the basics of Python coding, a few libraries, getting data from websites and using databases. There are five courses in this specialization. Here’s what I thought about the first course, Programming for Everybody (Getting Started with Python):

Week 1-2: The first couple “weeks” are super intro. You learn how to install Python on your computer and how to use the “Python Playground.” You’re also shown where to download the free companion textbook. There isn’t much learning of Python yet.

The most important part of these first couple weeks is that you meet “Dr. Chuck” (Dr. Charles Severance). Dr. Chuck teaches all the classes of the specialization. He has a dry sense of humor that makes his classes entertaining without him trying to entertain. He’s very clear in his explanations and makes challenging concepts approachable to super newbs like me. He’s a big part of what makes this specialization effective. And he’s part of the reason I chose the specialization I did to follow Python for Everybody.

What there are for assignments just test if you know how the coursera interface functions. Minutes out of your life.

Week 3: This week you start doing stuff. You learn what Python looks like and how it proceeds through a script. Sequential steps… conditional steps… loops… Woohoo! Finally some content. There’s a quick quiz to make sure you actually paid attention to the video and a quick assignment to show you can use the Python Playground environment. The “week” will take you around an hour probably.

Week 4: You start learning about variables and data types. Still pretty simple stuff, even for the beginner. But important. There are 40 minutes of lectures and a simple quiz and assignment. One hour total-ish.

Each week also contains “Bonus” material that usually includes a couple things: a quick video of Dr. Chuck saying hi from somewhere in the world with a bunch of Coursera students and an interview with some computer bigwig. The interviews are sometimes slow, but often have interesting nuggets. The bonus material is all optional, but I watched it all.

Week 5: CONDITIONALS! Ok. It’s not that exciting. Conditionals. That’s more accurate. If, else, elif. Try, except. The importance of indentation. The content is getting a bit more difficult, meaning you should prolly pay some attention to the lectures. At this point, they might interrupt you stream of thought if you’re, say, setting up fantasy football lineups in another tab. 31 minutes of lectures. A pretty easy quiz. The coding assignment has you write a short script that involves some math. Pretty easy unless you’re really bad at math.

If you think you’re seeing a trend… yeah, you can fly through this course pretty quickly…

Week 6: Functions. Defining and calling functions. Built-in functions. It’s beginning to feel like you’re doing stuff. It’s still pretty simple. A lot of stressing that defining a function is not invoking it. This class is great for building confidence. Dr. Chuck explains stuff in such a clear way that it seems super easy. It would be pretty easy anyway I guess.

Now after a while you won’t need to look at all of this syntax in such detail. I just want you to be able to know every single character and what they mean. And slow this down into slow motion because after a while you’ll just type this stuff and you won’t even think about it. But you need to be able to slow it down to sort of slow motion if you need to.

Only 21 minutes of lecture. The weekly quiz is pretty straightforward but gives you some practice looking closer at how functions work. The coding assignment has you create a function. You feel like you’re doing stuff.

Week 7: The final week brings loops and iterations. How to make computers do stuff over and over again. Indefinite loops using “while” and definite loops using “for.” Using iteration variables to break loops. Good stuff. Important stuff. Continue. Break. How to use loops to do stuff, like finding the largest value of a set of numbers. This week you learn stuff. Pay attention.

41 minutes of lecture. A quiz that makes sure you paid attention (somehow I only got a 90% on it. Ouch). The coding assignment will take a bit thought and a few minutes of work. A bit of challenge is good.

All in all this class starts to give you a “Look, mom, I’m coding!” kinda feeling. You don’t feel terribly challenged but by the end you are accomplishing things. But not enough that this class is an end of any type. Take this class assuming you’re going to finish the specialization.