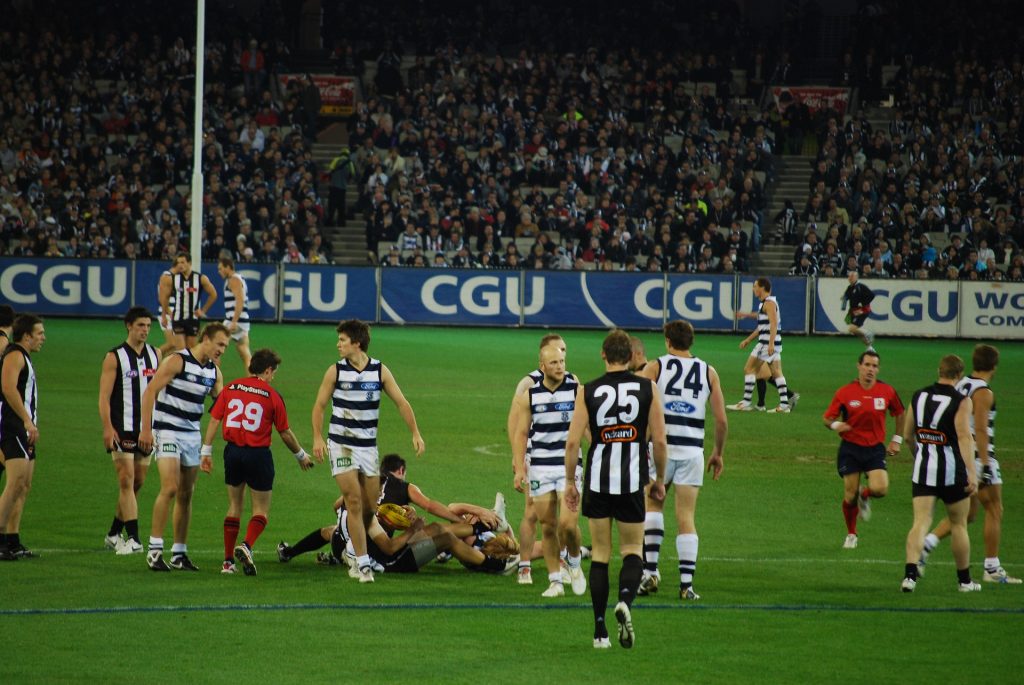 Pythagorean expectation, attributed to baseball statistician Bill James is a formula originally used to describe a relationship between the number of runs a baseball team scores and allows, and the team’s winning percentage. The basic formula is…

Further research has determined that the exponent that better predicts win totals for baseball is closer to 1.83 and varies by sport so an even more general version of the Pythagorean expectation is…

How well did a couple flavors of Pythagorean expectation predict the second half of the 2017 season? I randomly chose 2017 to be my guinea pig…

This parallels the assignment at the end of the first week of University of Michigan’s online course Foundations of Sports Analytics: Data, Representation, and Models in Sports (via Coursera), which looked at the first and second halves of the 2017-2018 English Premier League season. I follow the same steps taught in that class. I’m using this as an exercise to practice what I’ve been learning and to begin to play with my new AFL data set from api.squiggle.com.au. (And actually, most of the results of my computations could have been found using this api as well. But I need the practice)

My starting point is a dataframe called “results_2017” that includes the results of all 207 games of the 2017 AFL season.2 The first few rows look like this…

What I’m eventually going to want to have are total wins and losses for each team, and total points for and against for the first and second half of the regular season.

Ah, that’s the first problem. This includes finals. Let’s get rid of the finals games.

Round 24 started the finals, let’s get rid of that round and ones after.

Now we have to get a count of wins. We’ll have to break these into home wins (hwins) and away wins (awins) for now. The 2017 season featured 3 draws, so we’re gonna have to count them as 0.5 wins. To get these counts we can use np.where…3

I also just want a count of games. So…

And we’re looking at…

Beauty. Now we want to divide the season into two halves (week 12 and before, week 13 and after) and get individual team totals. This will take a few steps.

Smashed it. Ok, now to get the team totals for the first and second half. This shouldn’t be too hard. First step is to merge the home and away dataframes for each season half based on the team (the index!).

Looking good. Do the same for the second half.

Let’s add up some columns and get some totals! (we’ll figure out their winning percentages too while we’re here)

And voila, here’s the first half (second half looks similar)…

Now time to get back to ye olde pythagorean expectation (PE). You thought I forgot.

I’m going to compute two different flavors of PE. One with an exponent of 2 (‘Classic’) and another with 3.87 (‘New and Improved’). I’ll run both of these for each half season.

Almost there… now for some summary dataframes…

1 This example and a good overview of pythagorean expectation for a few sports is at Wikipedia.

3 It’s possible that somewhere around here you may come up with a SettingWithCopyWarning. I did. Check out https://pandas.pydata.org/pandas-docs/stable/user_guide/indexing.html#returning-a-view-versus-a-copy for info on this warning. That’s where the ‘.copy()’ came from.