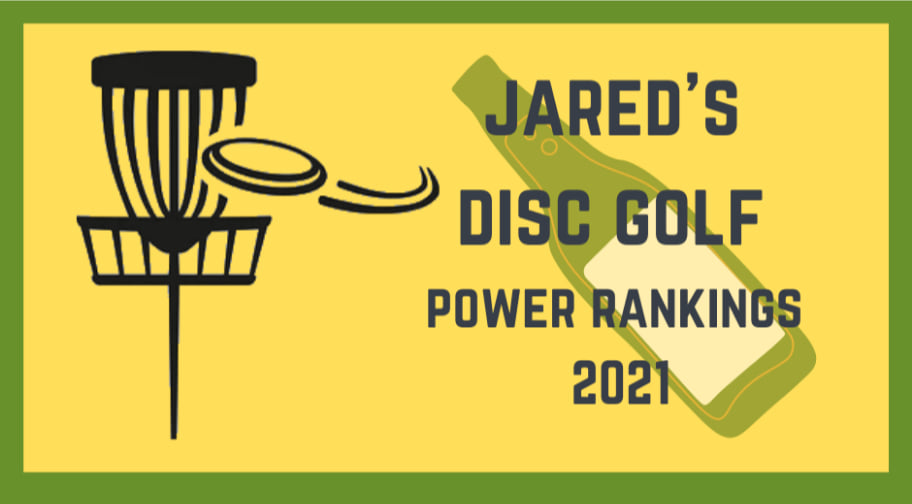 (Data Science people: I did this with pandas and SQL in a Jupyter notebook. You can take a look at my github. It ain’t pretty though. The graphs below were matplotlib)

(All data used in creating these rankings is publically available at pdga.com)

It was a weekend where the best in the land were spread out across the country. Some were competing in one of the more- or less- acclaimed A-tiers, some took the weekend off. Nonetheless, there was some movement in my world famous power rankings…

On the MPO side, Paul McBeth jumped an idle Vinny with a second down in Central, South Carolina at Huk Central. Ricky, though, extended his lead on the field with a massive victory at Goat Hill Park. Chris lost a little ground to Eagle in the 4/5 battle even with his win at Huk against Eagle’s 2nd at 303 in Fort Collins. The big mover was was Kyle Klein whose win at the 303 jumped him into the glory and all the way to 6th.

On the FPO side, there was no movement in the top three as Cat and Hailey took the weekend off and Kona took a quiet 7th at Goat Hill Park. Kona hears Ohn close behind, though, as Ohn’s runner-up at Goat Hill jumped her all the way up to a close 4th. Lisa Fajkus jumped to 8th with her win at Goat Hill but couldn’t overcome her cardmate Jessica Weese who took 3rd. Paige continues to enjoy her vacation, but will be clearly saddened to hear she dropped two slots because of it. The vacation ends next week against a strong field at OTB. And finally Heather Young jumps into the top ten, not because of her victory at the C-Tier Dogwood ladies event, but because she actually should have been on the board last week, I just screwed up. She held her spot.

See you next week!